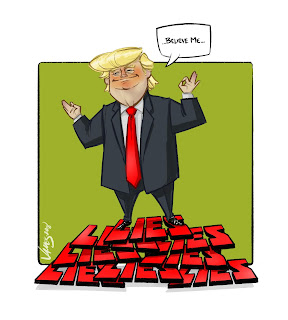 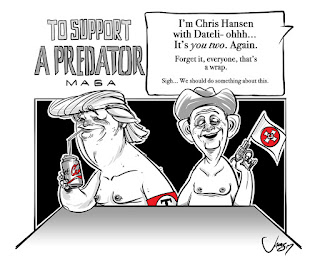 These two drawn before Moore was defeated in the Alabama state elections.
Good for Alabama - good for our Country. 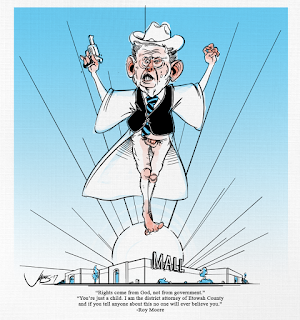 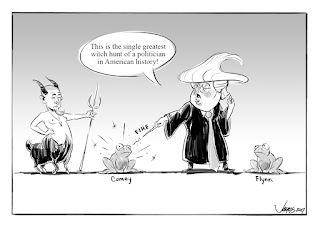 From May, 2017 - in regards to Trump's many comparisons of the Russian Collusion Investigation as a "Great Witch Hunt" - Flynn has since been fired and both he and Comey are facing Federal charges. 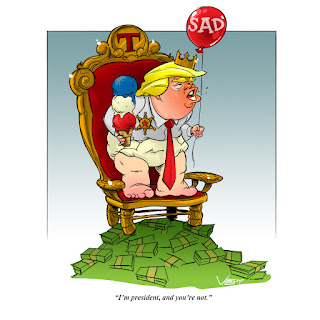 Time interview on truth and falsehoods. 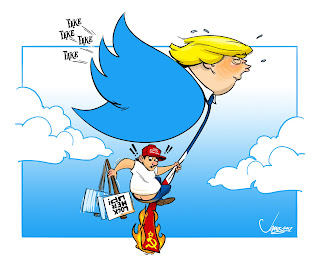 20 March 2017 - Ties between the Trump Administration and Russian interference in the 2016 US Presidential Election are being investigated.

The fanaticism of Trump's die-hard supporters is mind-blowing. 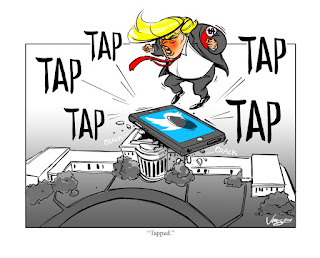 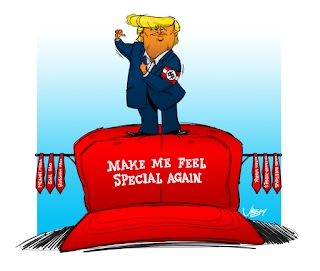 After a rough start, it sure is nice to loosen that tie and step back on that comfortable platform.
Uhhh... Campaign Rally? 18 Feb 2017 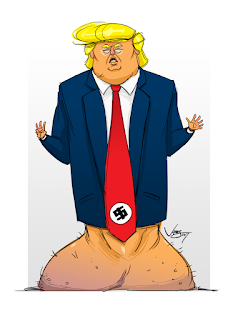 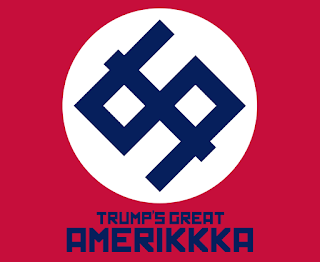 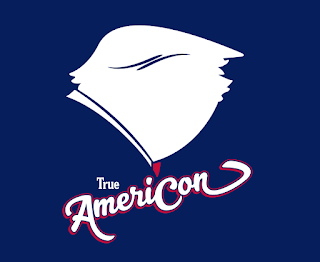 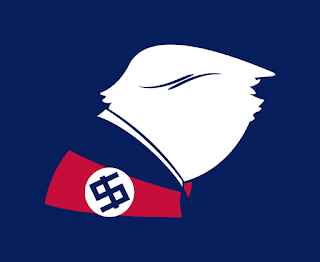 Goofing around in Illustrator.
Kind of feel like I'm branding FOR this idiot.
"Tremendous," I'm sure he'd say. Ugh... 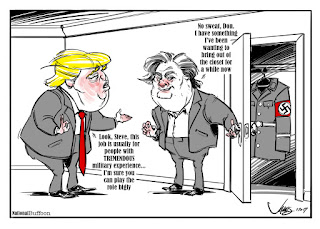