So begins the post for 2020 political cartoons. Check back here for updates throughout the year. As we are in a very important election year, I hope to find time to provide much of my commentary through doodles. 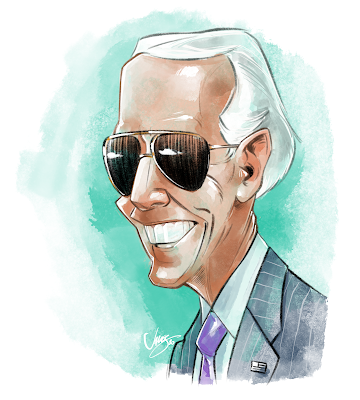 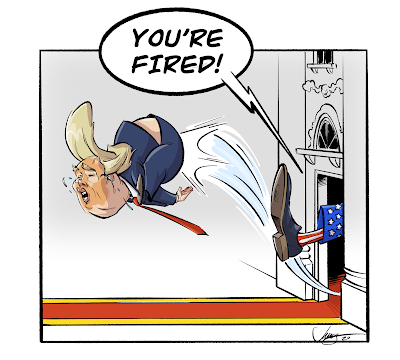 What is it you always say? Oh yeah... 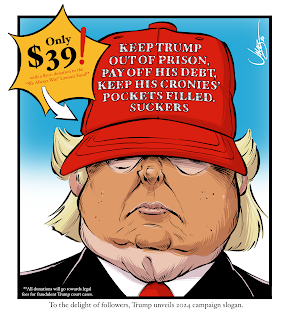 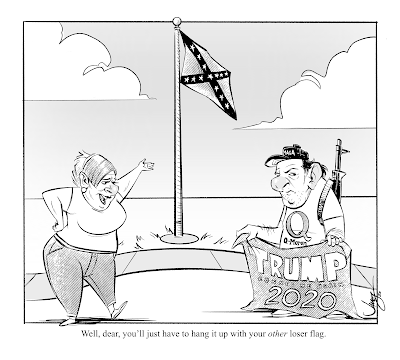 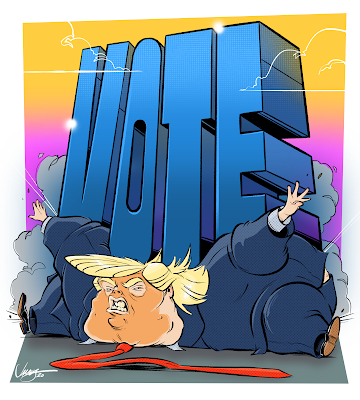 The push before the November 3rd election. 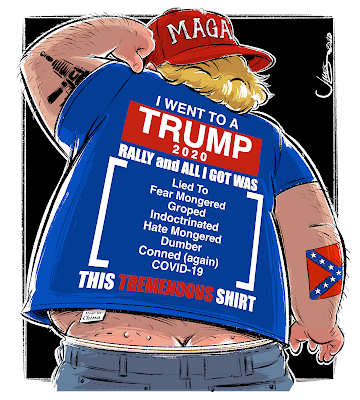 Trump returns to rallies post-COVID on Juneteenth in Tulsa, OK of all places. 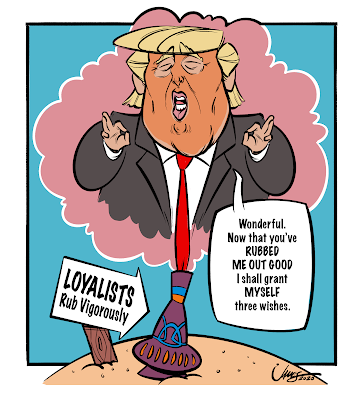 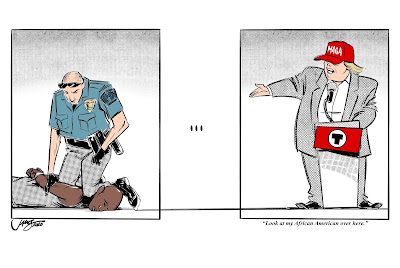 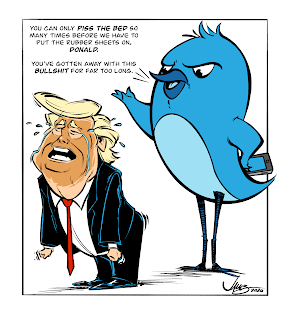 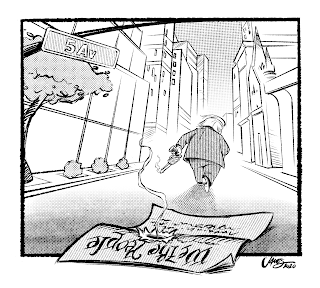 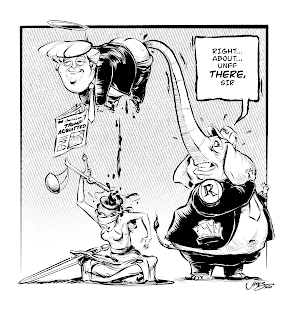 On February 5, 2020, the Republican majority senate acquitted Trump without allowing further witnesses, those closest to the events leading up to impeachment, and withholding a pile of critical documentation. Trump uses The East Room to celebrate, gloat, and demean those he deemed disloyal in true Trump fashion. 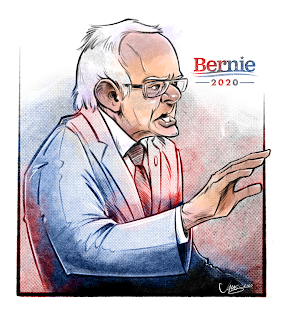 Dropped off my ballot on February 22nd, vote cast for Bernie Sanders, in the upcoming Colorado Democratic Primary. 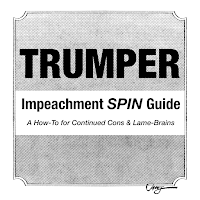 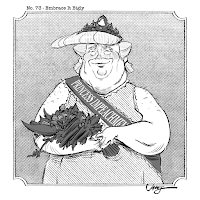 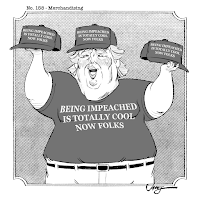 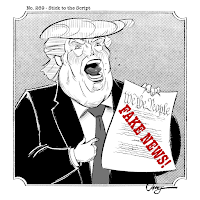 Trump is Impeached in the House December 18, 2019. Trump, his campaign, supporters, and most republicans begin the spin.